Thankful for an All-Electric Future Part 2: News From the CES

Back at the end of November, I posted about the future of electric vehicles (EVs) and how optimistic that future looked. And like a dynamo, EVs are building power across the auto industry, showing no signs of slowdown or discharge.

The surest sign that the future is now came this month at the Consumer Electronics Show (CES) on January 14-18, hosted by the Consumer Technology Association. This year, brands like Hisense, Bosch, Samsung, Verizon, Intel and more presented tomorrow’s wares.

But no news topic was hotter this year than electric vehicles (EVs) – the industry’s biggest names made sure of that.

Already, key automakers are taking serious steps to reposition themselves as the premier EV manufacturers of the world. For example, GM just launched a new logo, integrating elements of electricity in its design and showing the world it’s taking its visibility as an automaker of the future seriously. Did you know this is the first logo change for GM in 11 years (and its fifth in the 115 years of its existence)?

But a logo change does not a premier EV manufacturer make. That’s why GM is positioning Cadillac as its leading electric brand. In fact, Cadillac teased what it’s saying is its flagship EV brand, the Celestiq, with this video shown at CES this year. We’re on board for this new luxury model – are you?

Also at CES, Kia unveiled its new brand strategy as well as a name change. Dropping “Motors” from its name, it is now Kia Corporation, and the company has announced seven new EV models for release in a few short years. Why this strategy is so significant in an EV world is detailed in this press release.

Related to reveals: Some of the top EV automakers know how special – and important – a persuasive EV reveal is. That’s why Chevrolet is partnering with Disney to reveal its all-electric Bolt EUV and EV models on February 14. The taglines around this collaborative reveal are “the next steps on (GM’s) journey to a zero-emissions future” and “show how magic can take place when the imagination is electrified.” Get a sneak peek at what it’s releasing with a 15-second teaser on the Chevy EV website and get excited!

This buzz about EVs has not gone unnoticed by investors – or by our government. Earlier this week, stocks for electric vehicles went up across the board as the Biden administration announced its willingness to convert the White House fleet into total electric. Countries like Germany, China, Norway, France and the United Kingdom have been nudging their populace toward electric for years; the most powerful office in the land going electric is an industry message that cannot be and is not ignored by investors worldwide.

And advancements in EV fuel technology couldn’t have come at a more opportune time, either. One of the most commonly heard arguments against electric vehicles is that they take forever to charge. What if I told you the technology now exists to charge a car battery in five minutes? Well, it does, and the time difference between filling up with petrol or voltage has never been closer.

You better believe we’re watching for more developments on the EV front – and watching for next year’s CES event with great anticipation! 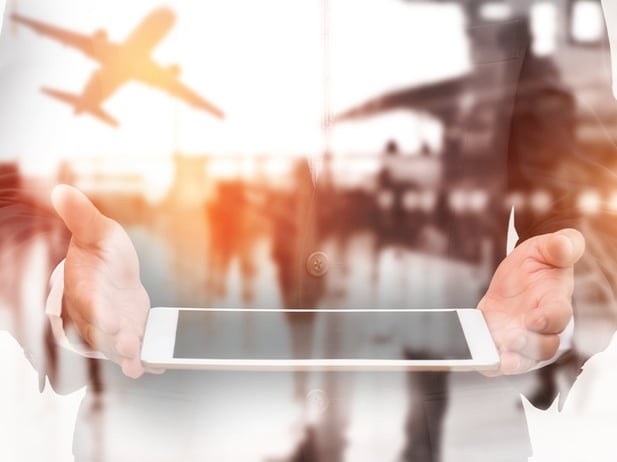 Get thought-provokers and actionable insights on innovations within the customer service industry from our business process outsourcing and CSX experts.